Building a Community on Polluted Land 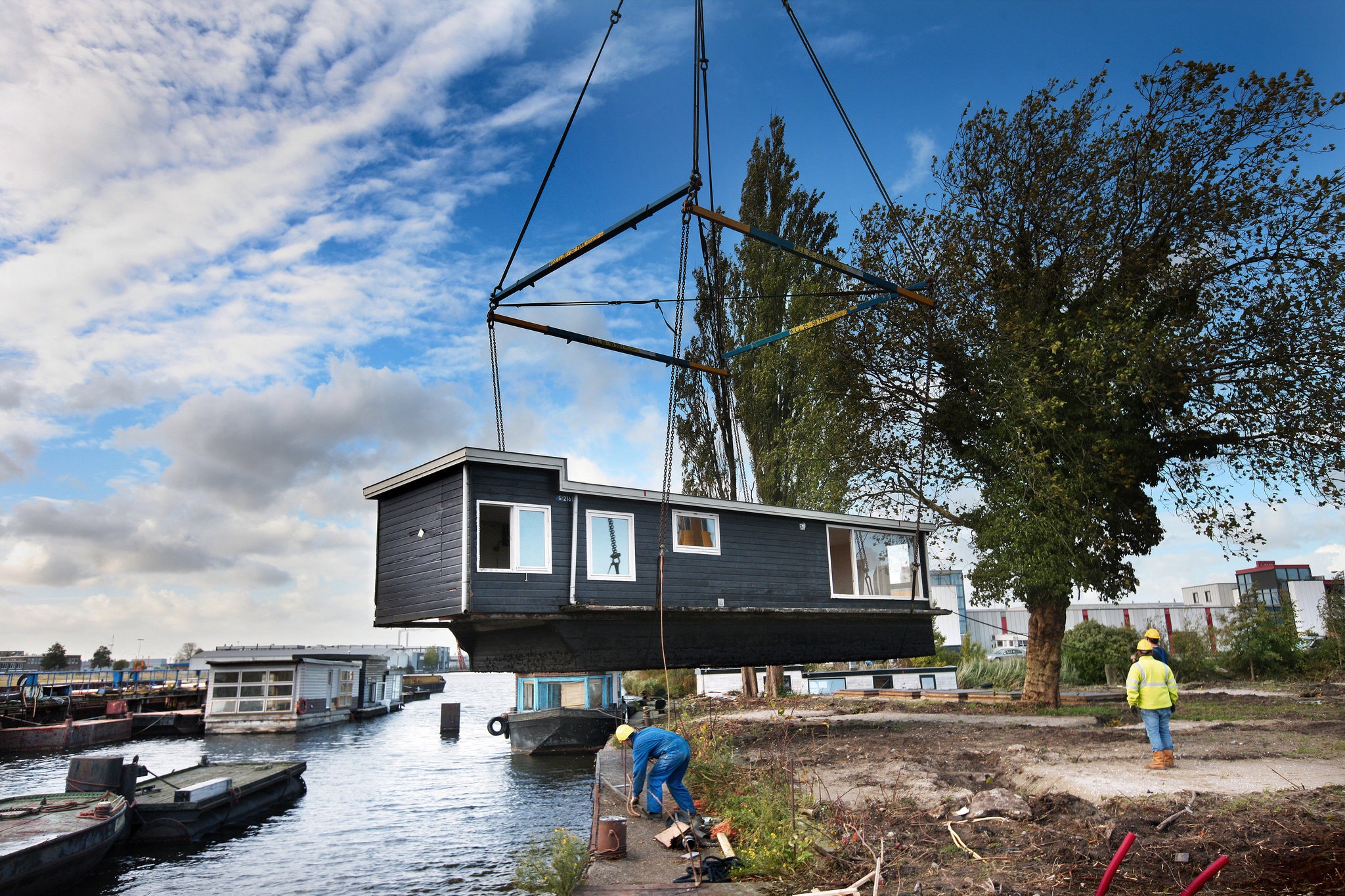 “Our challenge is to connect streams of waste and energy and people into a circular city model,” he said. 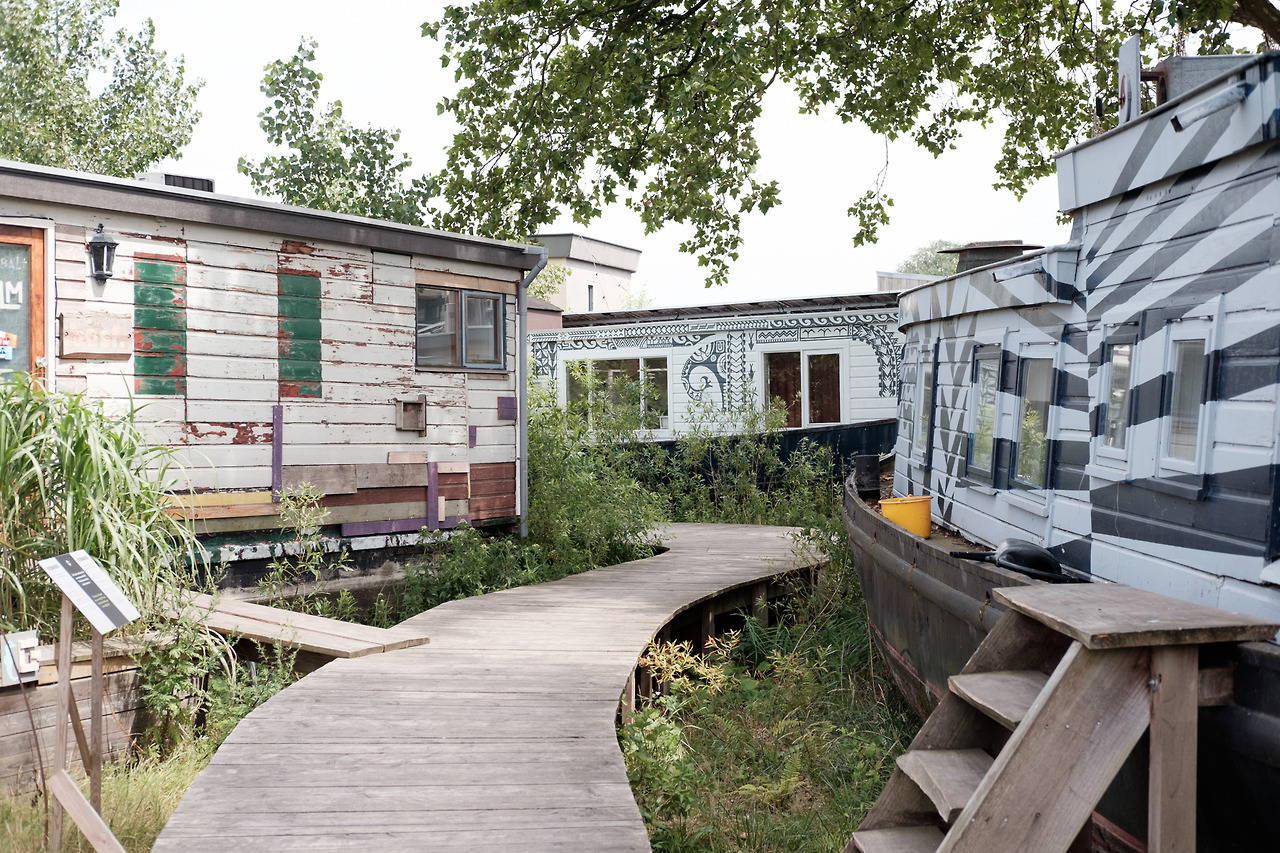 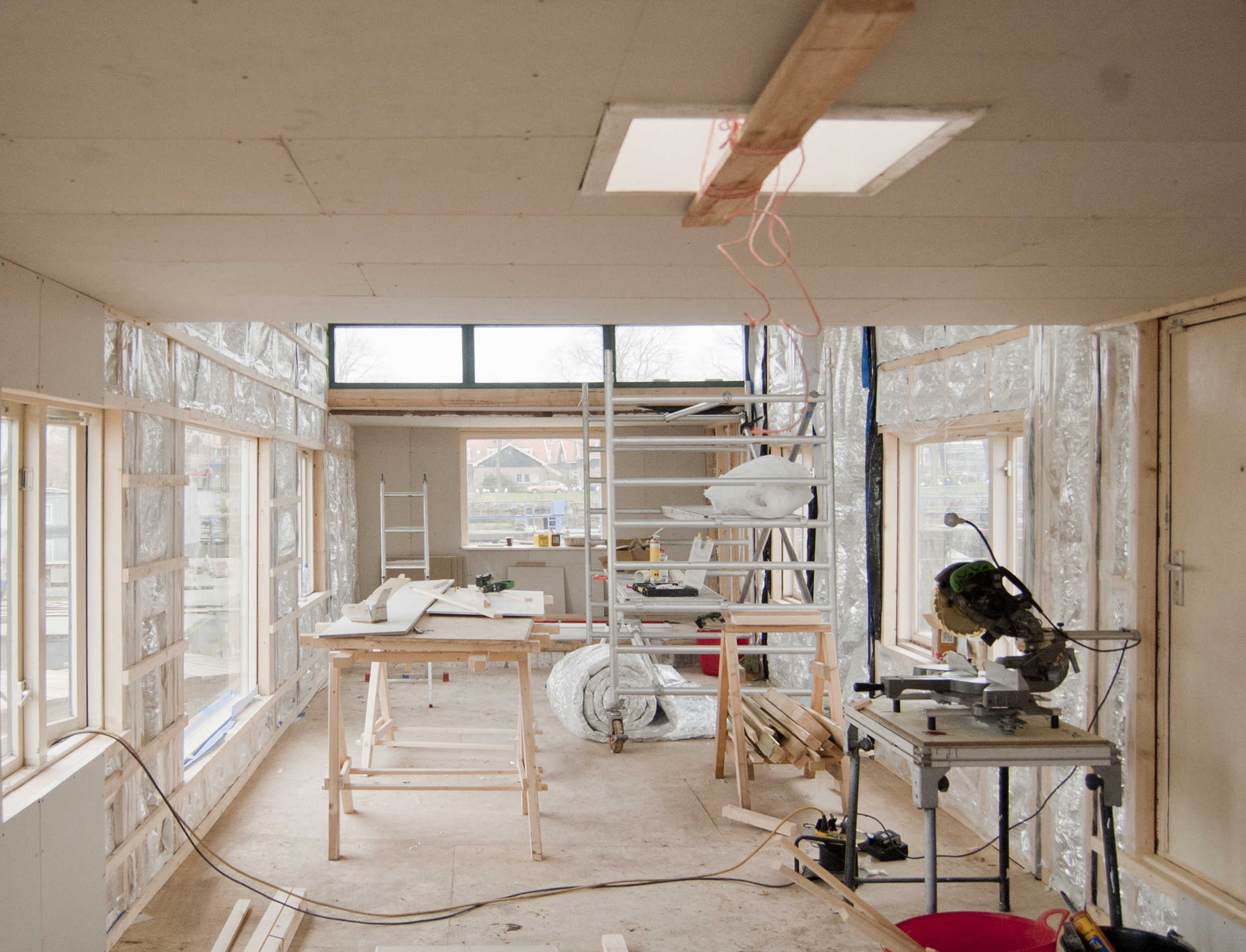 The project is an example of Amsterdam’s commitment to urban experimentation. A few kilometers north of the centuries-old city center, artist spaces and urban experiments like De Ceuvel and NSDM, another large abandoned industrial harbor space turned into studios, or Ijburg, a community of floating houses moored off reclaimed land, are part of the city’s innovative growth initiatives.

The physical pieces needed to create De Ceuvel were 16 old houseboats, phytoregenerative plants, bio water filters, a thermophilic compost, solar panels and the long pathway. The human contribution, its creators say, included lots of physical labor, a willingness to fight administrative bureaucracy and a desire to share the place with the public.

“All of it is to attract a lot of people, to get a lot of people here, so that they get in contact with the sustainability stories,” said Sascha Glasl, who dreamed up the project and is its lead architect.

De Ceuvel won the Frame Public Dutch Design award in October. The annual prize, ultimately decided by a voting public (both online and at the Dutch Design week) is given to innovative designers. “De Ceuvel gives the impression of a utopia that has actually been accomplished,” wrote the prize selection committee.

Houseboats were always the soul of the project, Mr. Glasl said. Not only were they ideally suited to be plotted, without foundation, on land best left untouched, but they could be converted into innovative spaces before being towed up harbor and placed on the site by crane. This allowed the designers leeway, since city housing permits are not required to bring houseboats on land.

And, in fact, most of the houseboats were acquired for that nominal sum. As Amsterdam’s canals gentrify, and moorings are being leased by wealthier and more demanding residents, old boats are being scrapped to make way for new. The offer to take the boats for a euro proved so popular that Mr. Glasl, a principal with the Amsterdam architectural office Space & Matter, and his team had to choose among offers.

The project was funded by the city through a 250,000-euro, or $313,000, start-up grant and a further €200,000 bank loan that it guaranteed. Those funds paid for materials, plants and some of the professional services required to make De Ceuvel a reality. Both volunteers and the development partners invested hundreds of hours of work, ultimately bringing down the price tag. 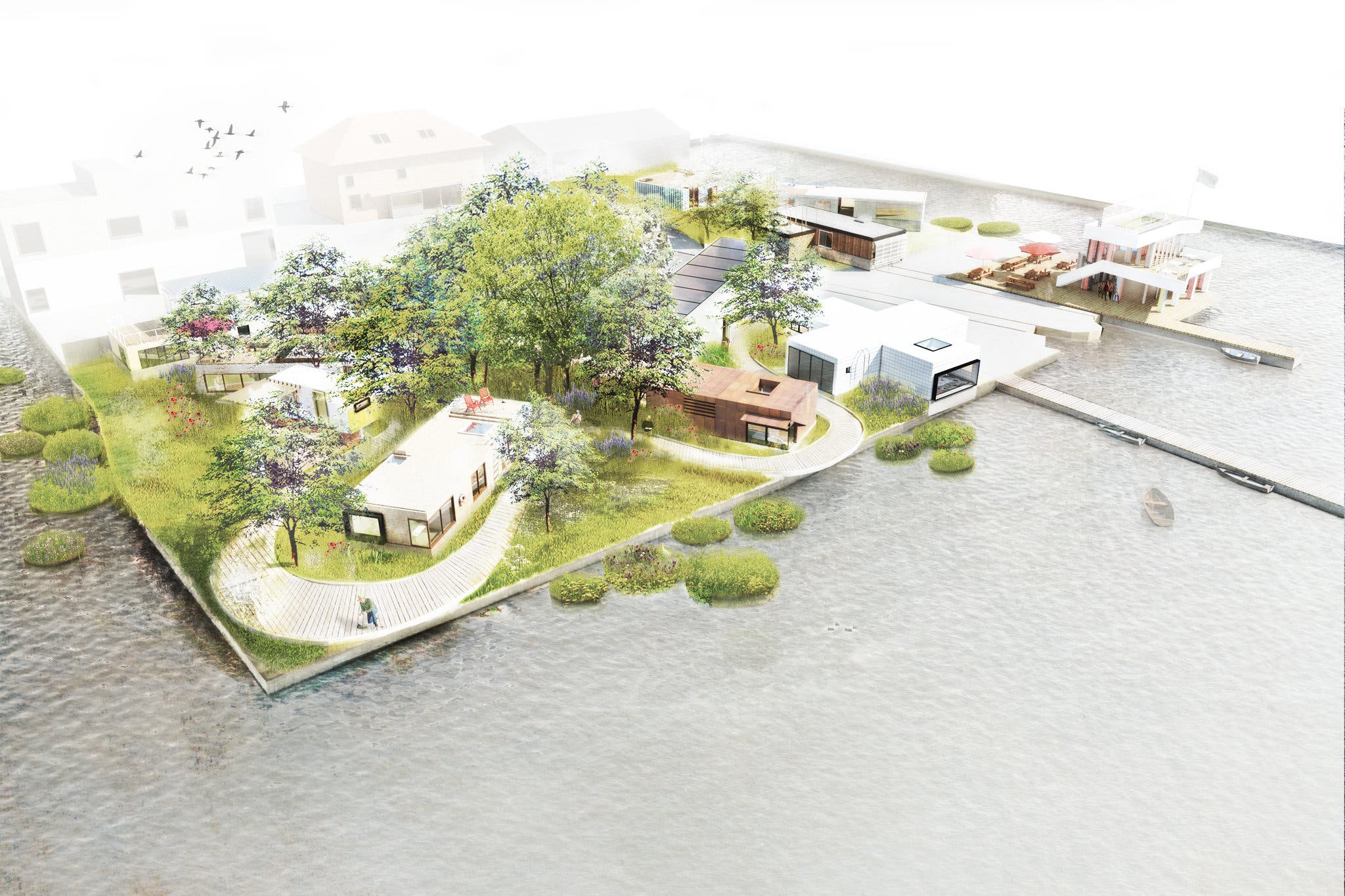 The tenants, who often share the boats, pay approximately €65 per square meter of workspace each year — a song in comparison with commercially available art spaces which, in Amsterdam, can fetch that much each month. The proceeds, Mr. Glasl said, are being used to pay off the guaranteed loan over the next nine years.

While the houseboats retain their original shapes, much has been done to make the interiors suitable for modern offices. Some roofs have been raised and outside paneling renewed, in some cases using freshly felled Dawn Redwood from a nearby street enlargement.

“The design of the whole area is kind of positive for your brain. Not everything is organized and square and in straight lines,” said Mark Kulsdom, who runs the Dutch Weed Burger company (which sells a seaweed-based vegan hamburger) from one of the houseboats.

elva, a Dutch-Belgian landscape architectural firm responsible for landscaping and choosing the area’s flora. Grasses, fireweed, foxglove, black willow and eastern cottonwood were chosen either to digest pollutants in the ground or absorb metals left behind.

Despite all the pollution — before the area housed a shipyard, Amsterdam dumped its canal sludge there in the 19th century — the ground, he says, is actually not particularly poisonous to humans.

Solar panels have been installed on roofs and biofilters installed to clean waste water from the sinks. Each boat has been equipped with a composting toilet, making them independent from the city sewer system.

“This is a playground for us to experiment in city development,” said Mr. Glasl, sipping juice at the Café De Ceuvel.

The stylish cafe — the only building that was never a boat, though it was built with reclaimed harbor materials — stands on the central square of the enclave, named Wubbo Ockelsplein after the late Dutch astronaut who became a sustainability expert. From this heart of the project, visitors can see the wooden walkways, the Crossboat — a commercial performance and meeting space — and the Metabolic boat.

Metabolic, a clean technology consulting firm, is run by the American ecologist Eva Gladek. It is responsible not just for the elements that make De Ceuvel sustainable, but also for explaining the challenges of the project through an education center.

Although the project has been both financially and politically supported by the municipality (Mr. Glasl and his team were awarded the site for a minimum of 10 years after their proposal won a competitive tender), many of the team’s ideas have run afoul of city bylaws.

“To follow through, you actually have to break a bunch of laws,” said Ms. Gladek. “The site has no gas and no sewage connection; that itself is illegal.”