From school to city playground

Taking cues from Kerava’s historical, cultural and educational context, we designed three spatial scenarios for the expansion and redevelopment of Kerava Central School. Situated in the heart of the city, we looked for ways of highlighting the school’s past, present and future while simultaneously increasing its presence in the community. Each design is adaptable and open to accommodate the changing, diverse needs of educators and students and includes a large, lively playground that provides sunlight and access to outdoor (learning) activities. 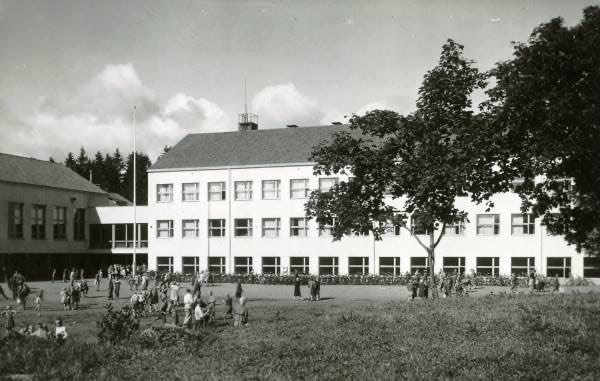 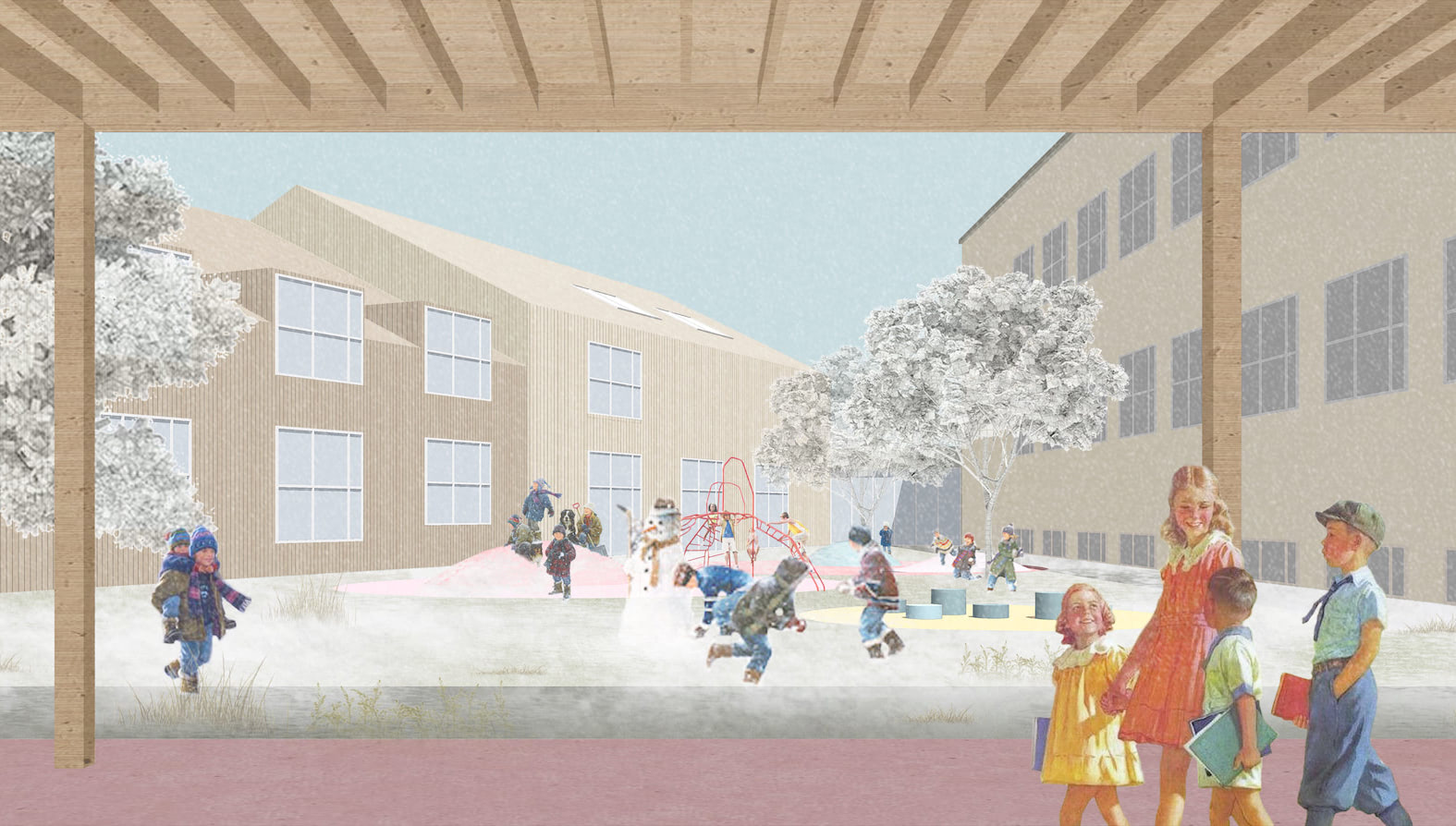 All that a school can be

In the first scenario, the school as a city playground, the school extension frames the inner space in such a way that it acts as both a playground and a city square. This playground is composed of public and semi-public zones that connect the old school with the new building, and the school as a whole with the greater Kerava community.

In the second scenario, we fully immerse the school in the natural setting. Rather than impose physical boundaries, the school becomes a part of a continuous, winding, man-made landscape that allows children to run, play and learn freely.

In the final scenario, the school as an urban framework, we build on the original design plans from 1939 and focus on having the school complete the urban fabric. Its new buildings mimic the appearance of structures nearby and are similarly positioned, facing the central park. 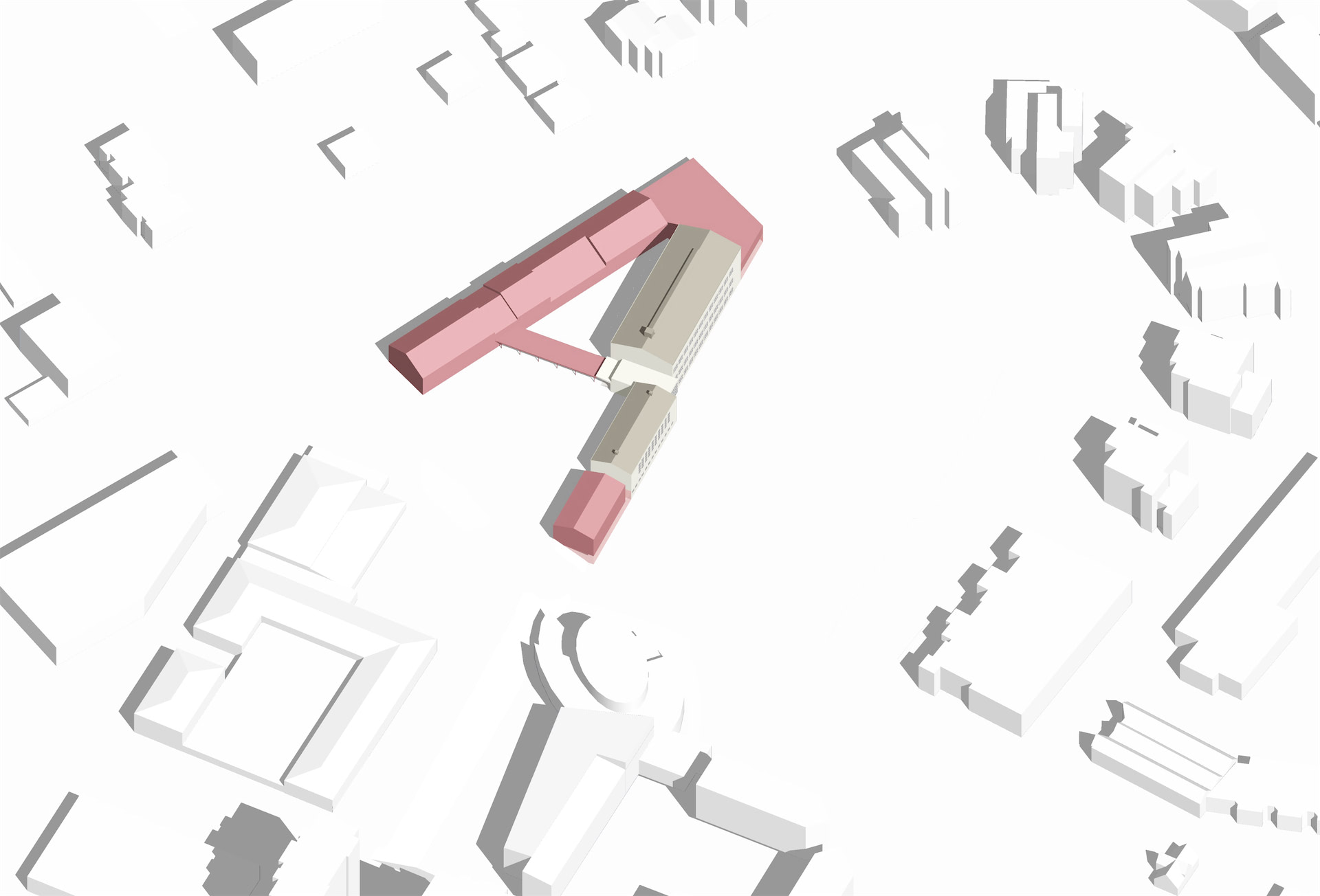 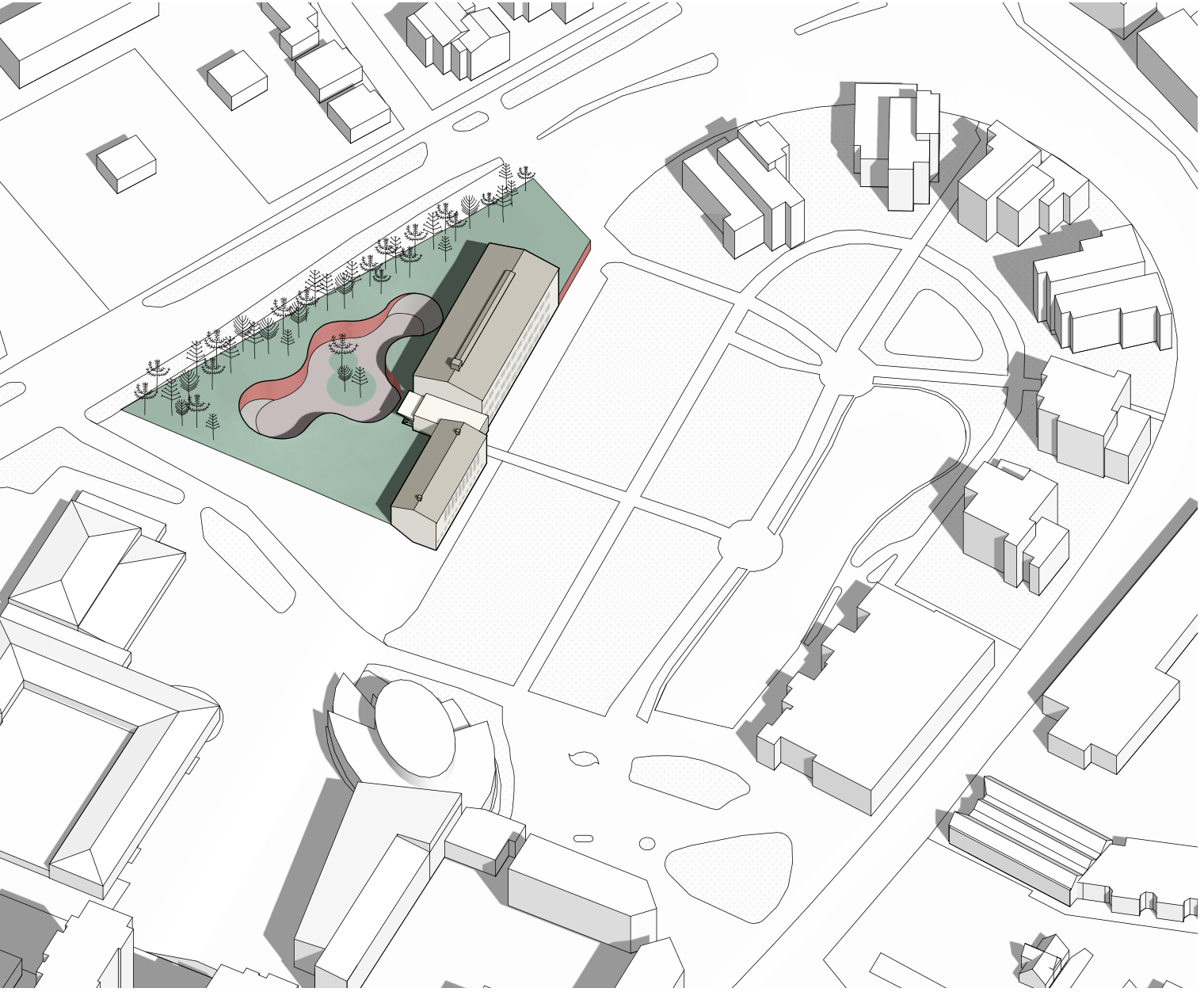 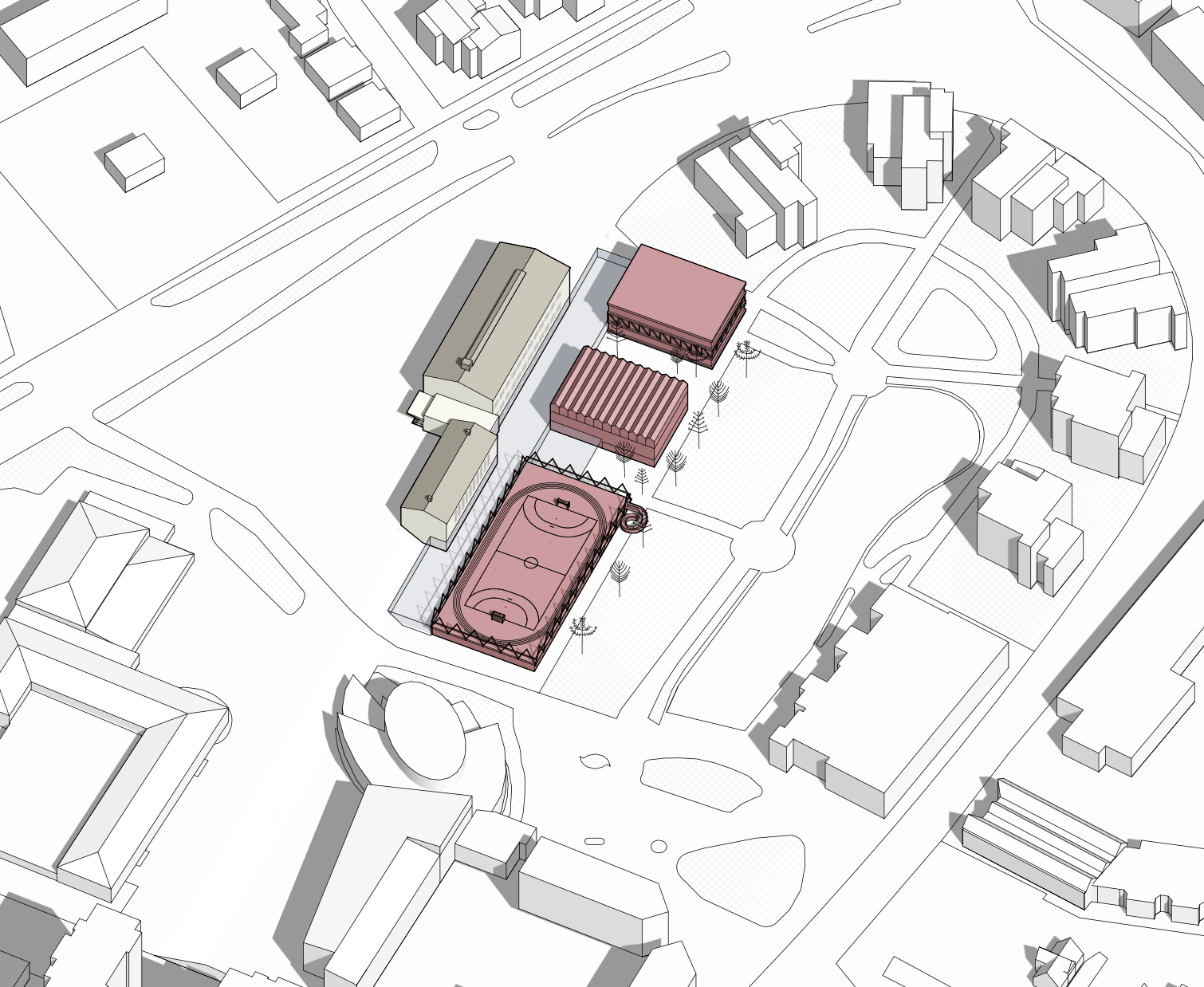 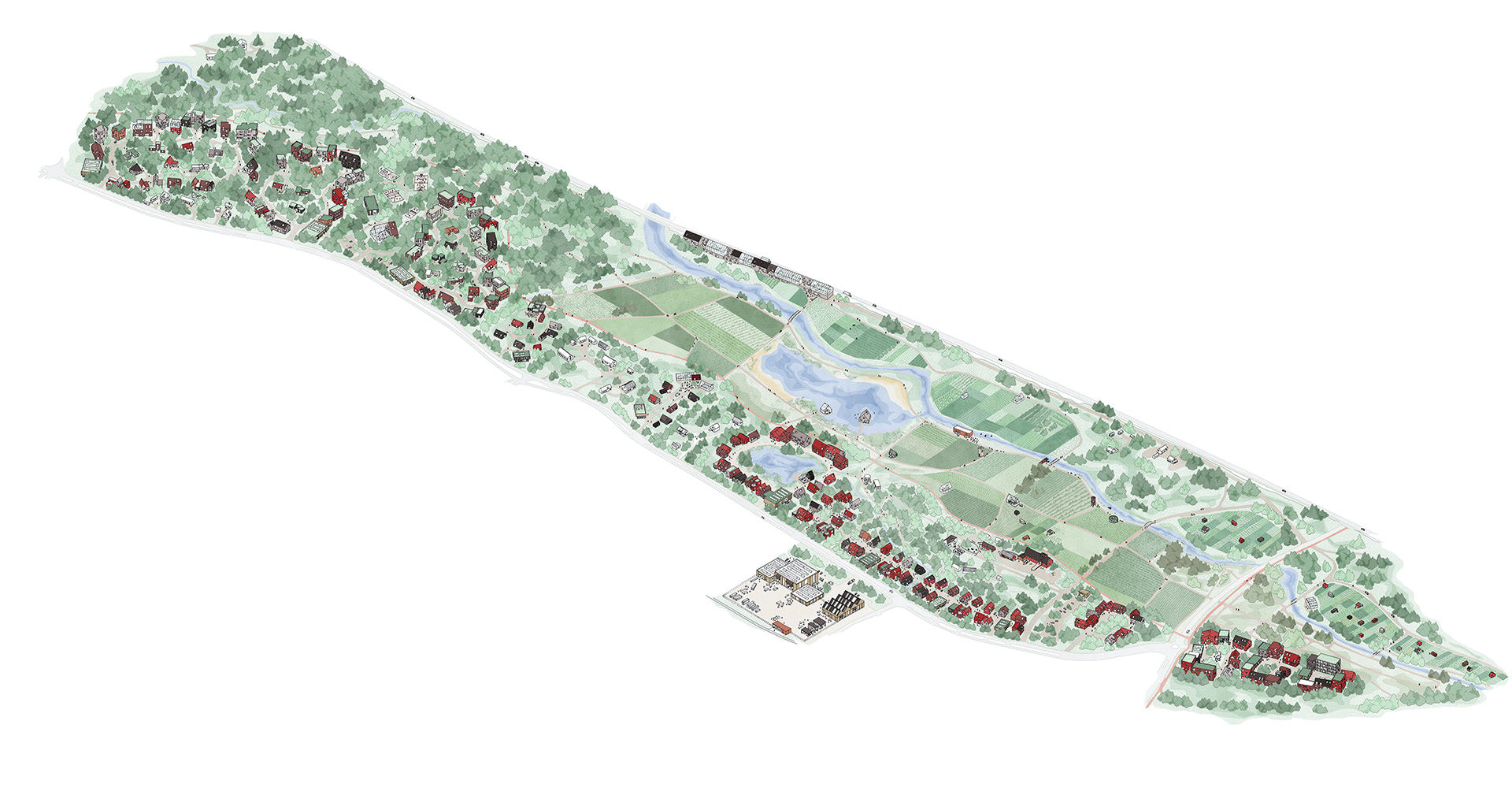 Kerava Masterplan
Housing Fair, Living Lab and neighbourhood in one 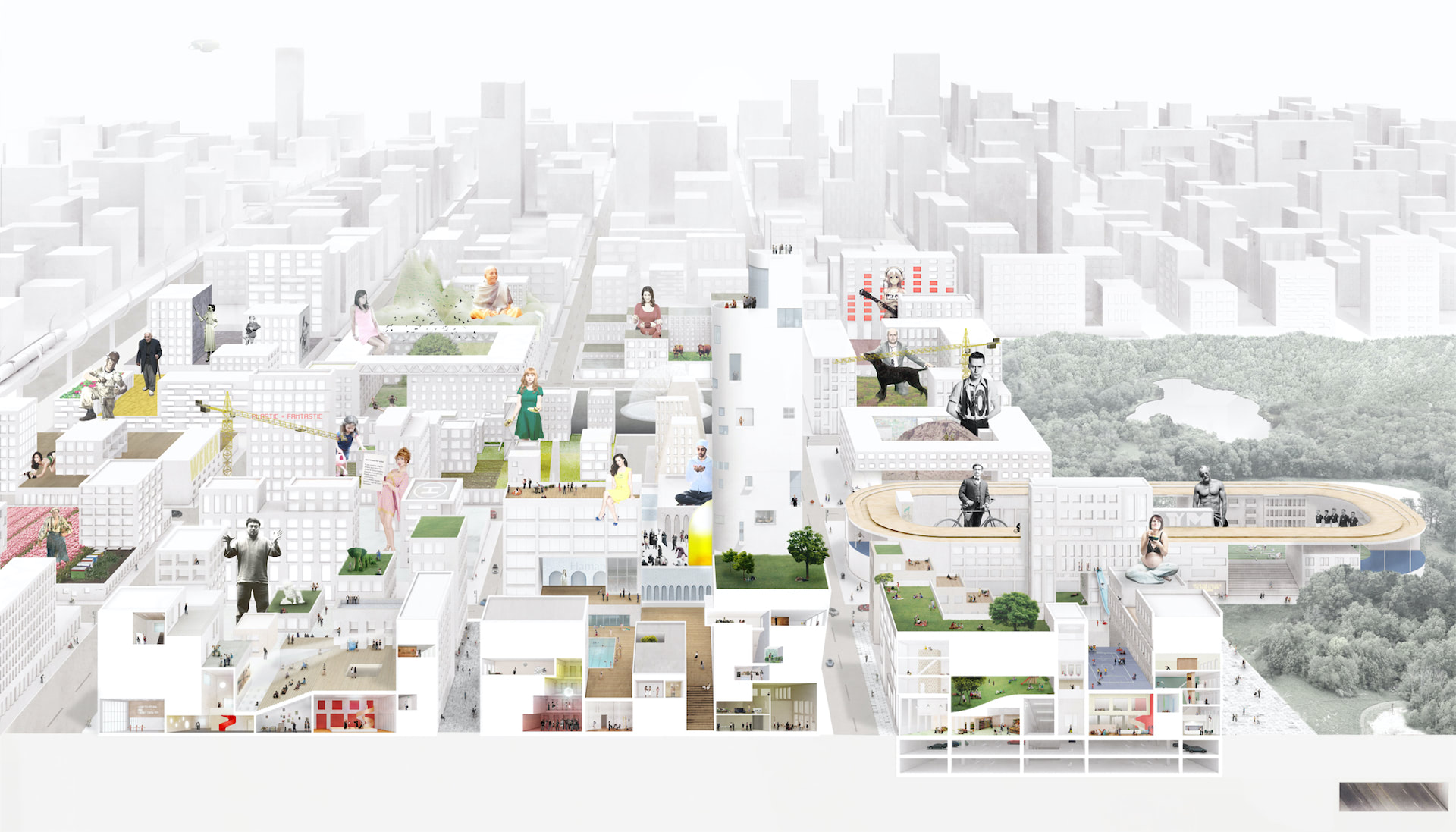 Glimpses
Envisioning the future of living in Amsterdam