Greenhouse in the sky 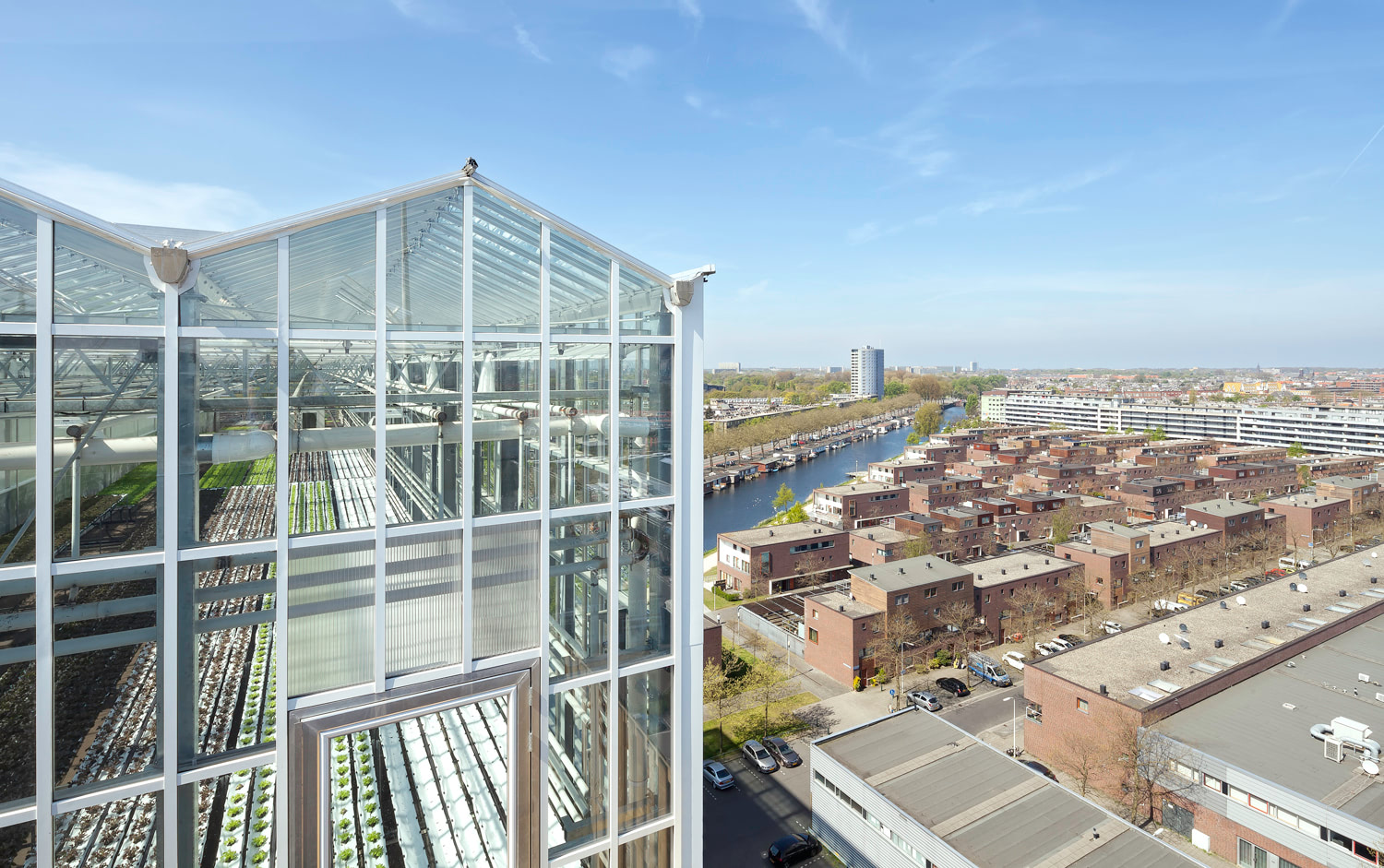 We transformed the roof and sixth floor of De Schilde, a former Philips factory in The Hague, into one of Europe's largest urban farms. The Swiss company UrbanFarmers (out of business since 2018) commissioned us to complete the design for their second rooftop farm. The construction consists of a 1200 square meter greenhouse on the rooftop and 900 square meters for fish cultivation on the floor below. Together, the two areas create a perfect symbiotic system for the production of fish and vegetables in the city. 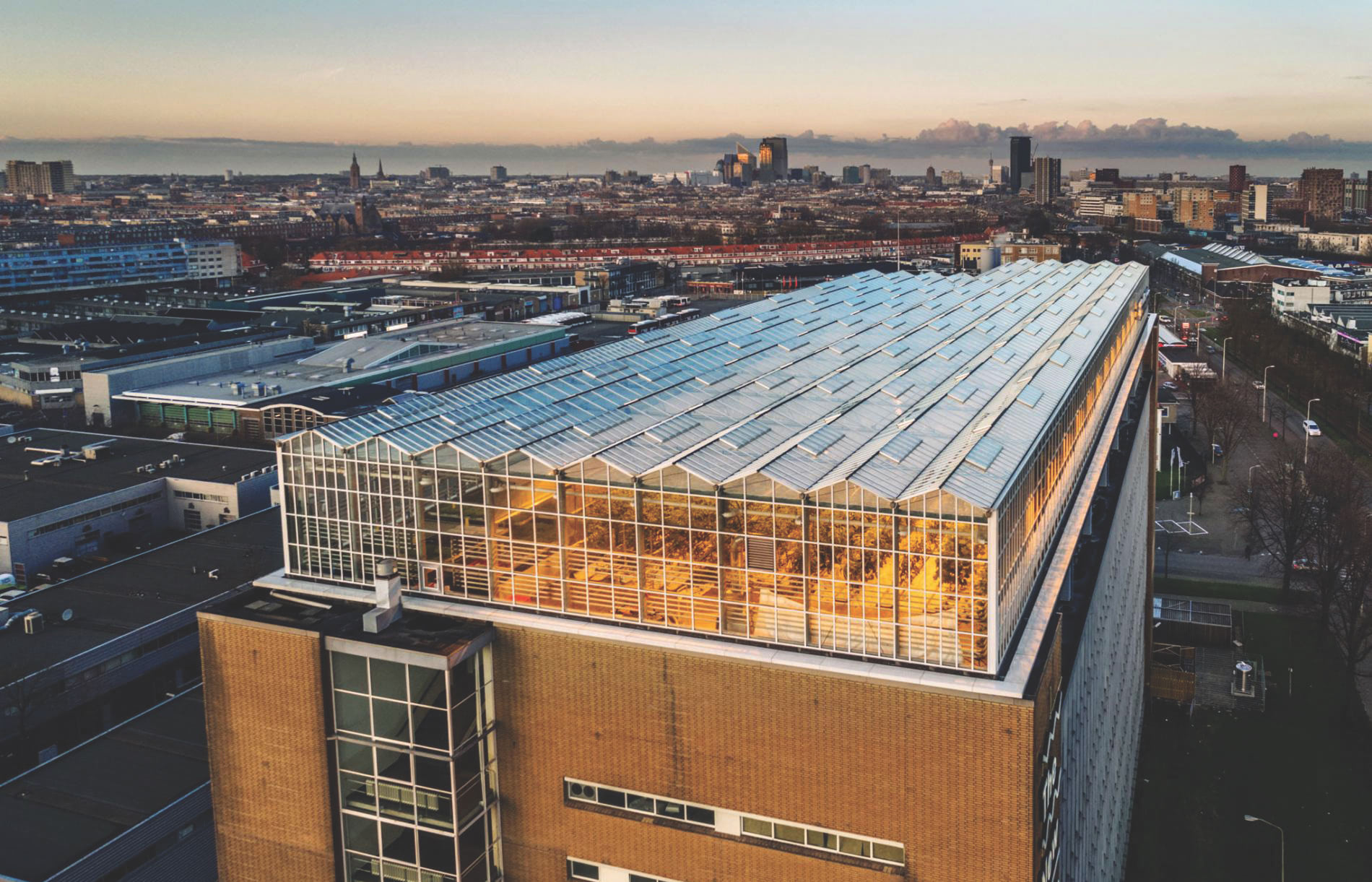 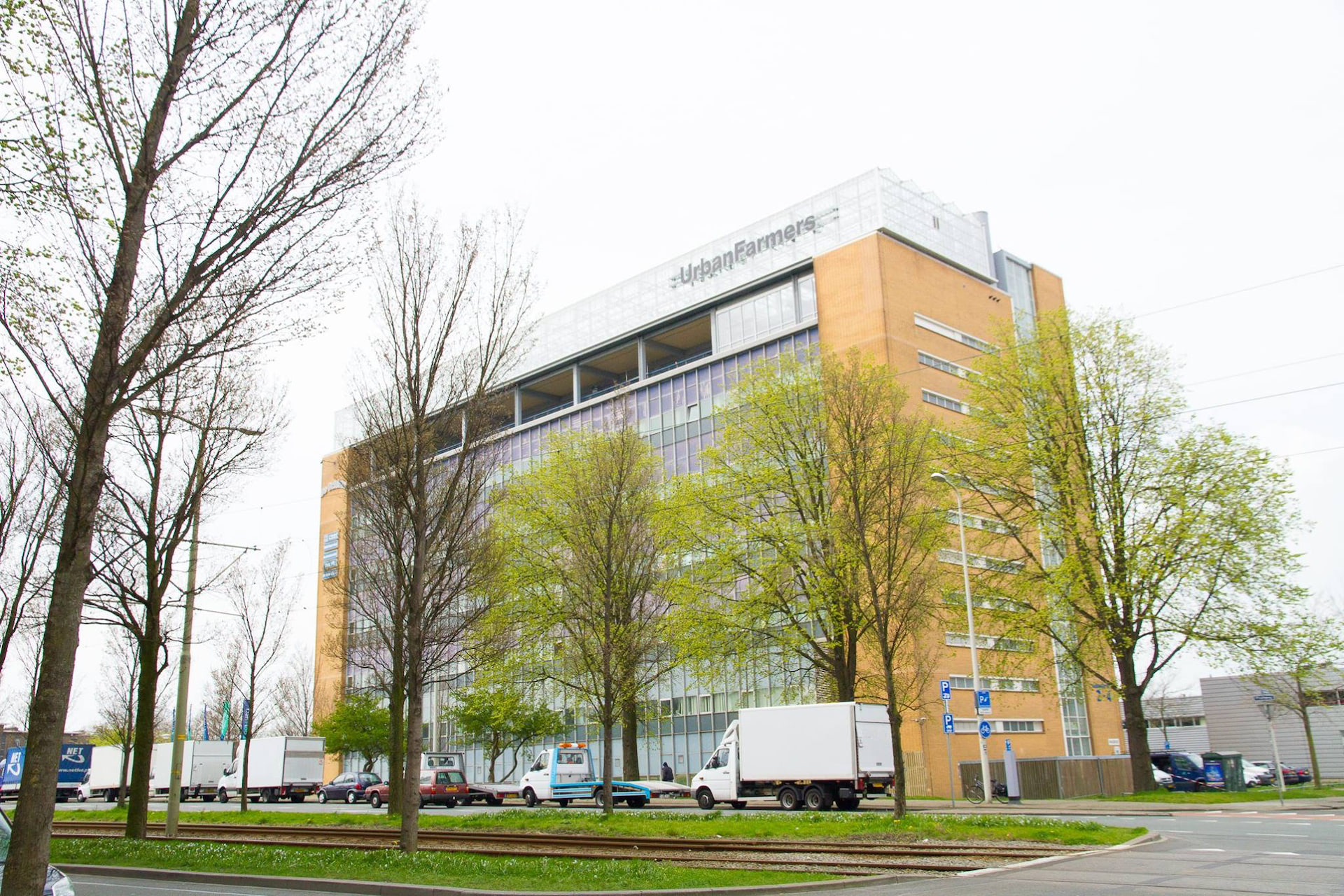 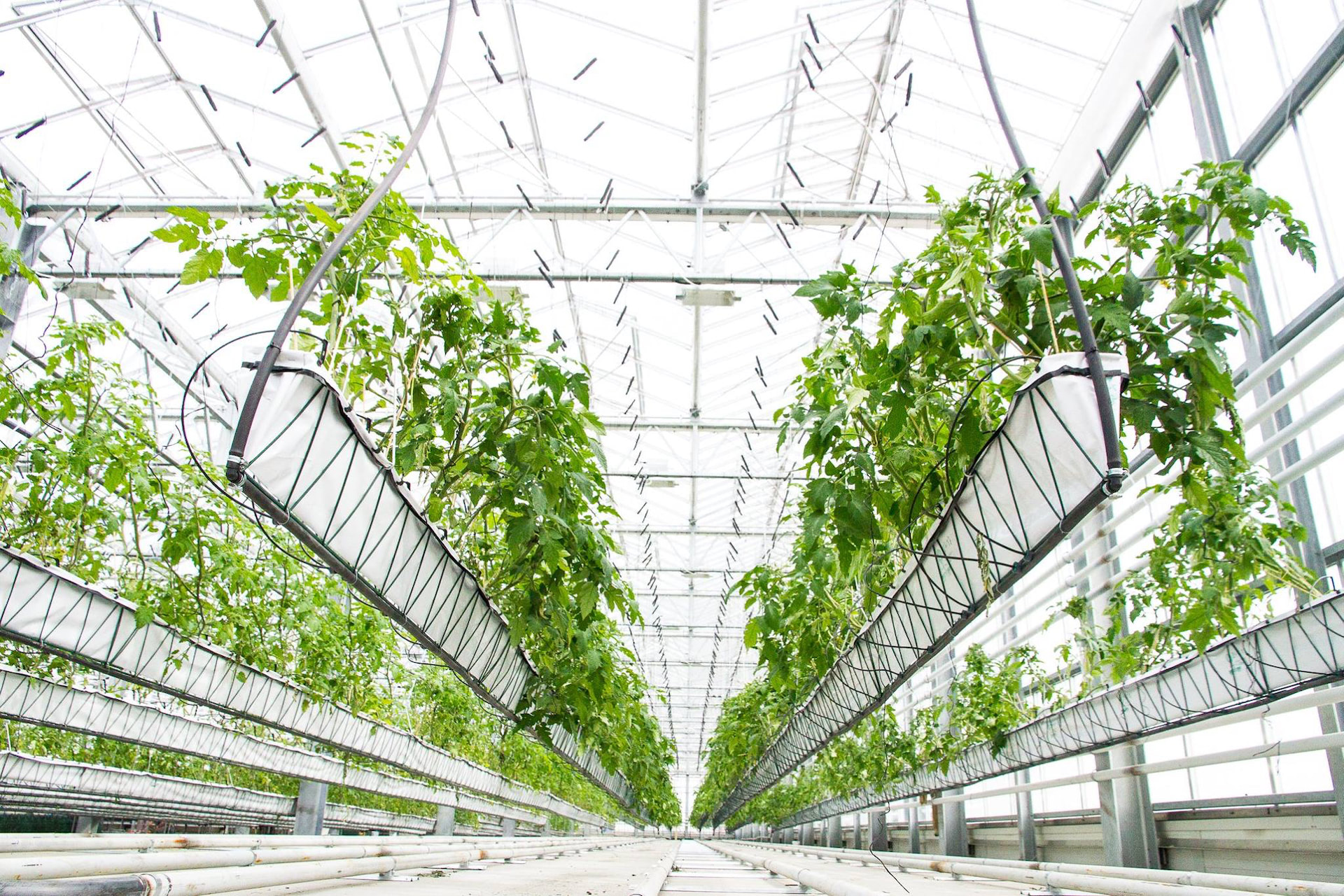 The dimensions of the new greenhouse are aligned with the architecture of the existing building. We chose to retain the typical shape of the greenhouse roofline because it simultaneously fit with the UrbanFarmers identity and proudly announced De Schilde’s transformation into an urban farming hotspot.

By leaving a distinct gap between the existing building and the new addition, the two entities can be considered separately or together as one new, holistic whole. In this way, we honour the architectural quality and identity of the former telephone and television factory, designed by modernist architect Dirk Roosenburg in 1959. 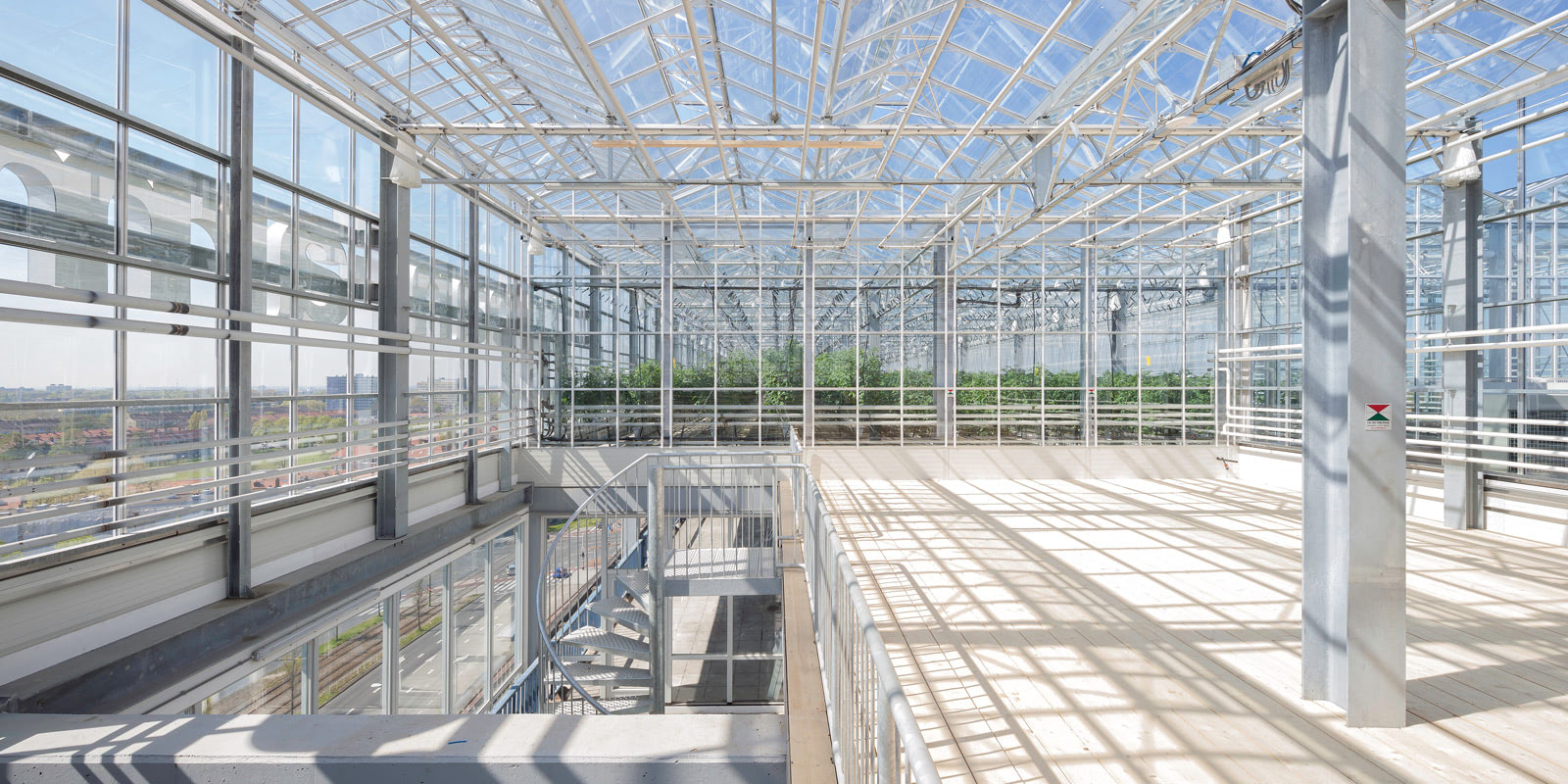 “We have empty rooftops and empty industrial buildings. In The Hague, 15% of buildings are empty. Let’s fill them with produce.”
Mark Durno, UrbanFarmers 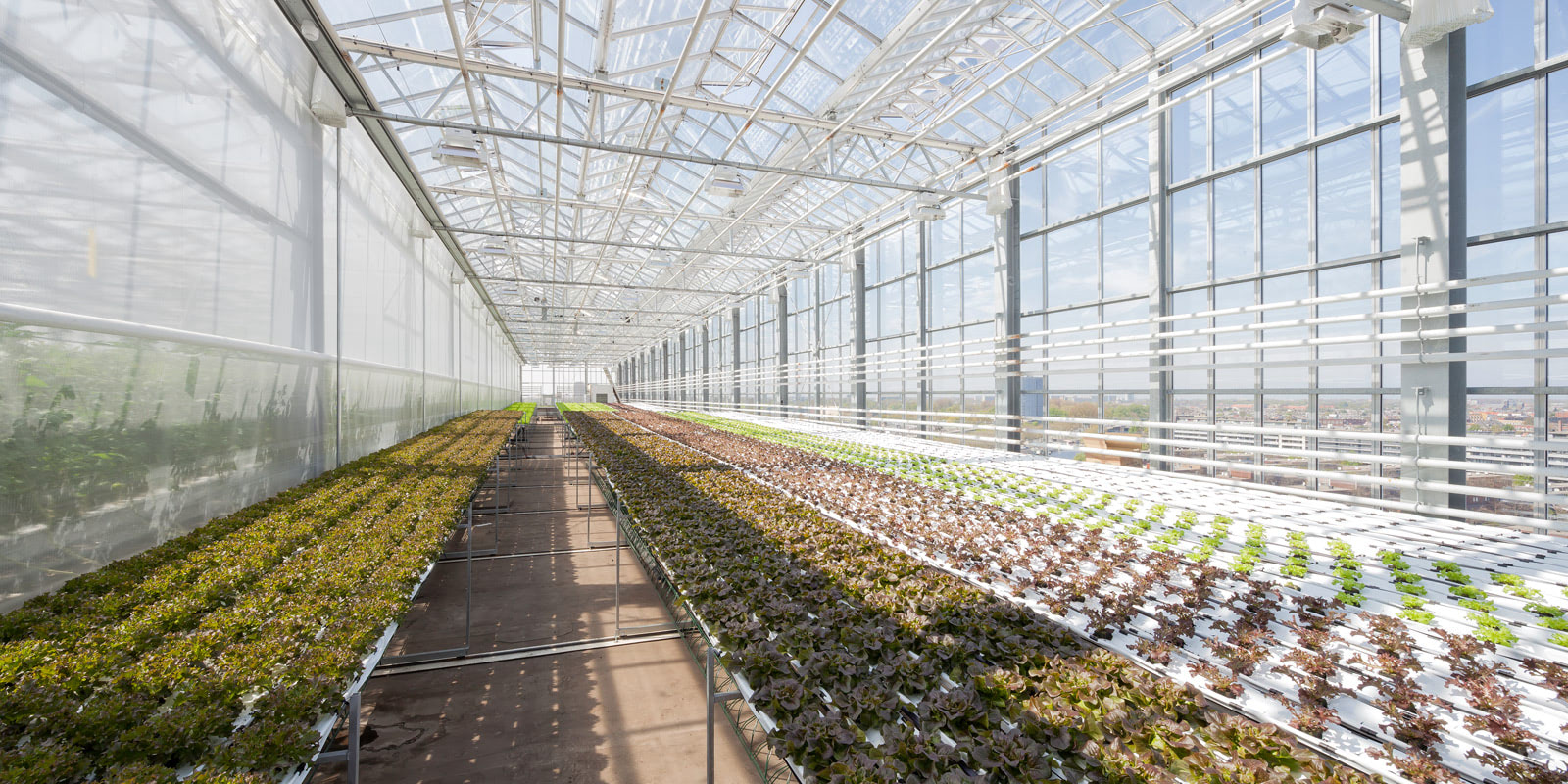 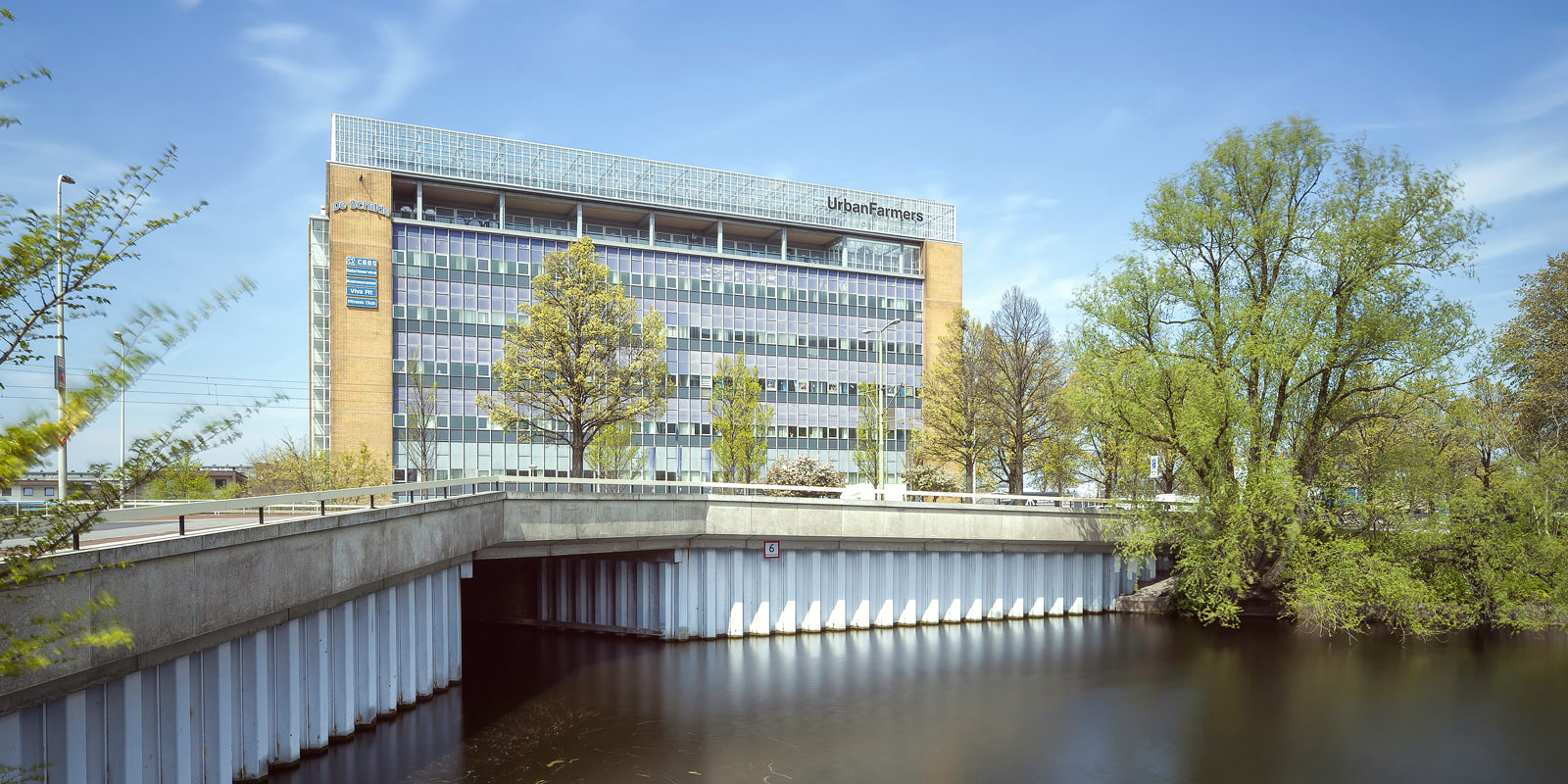 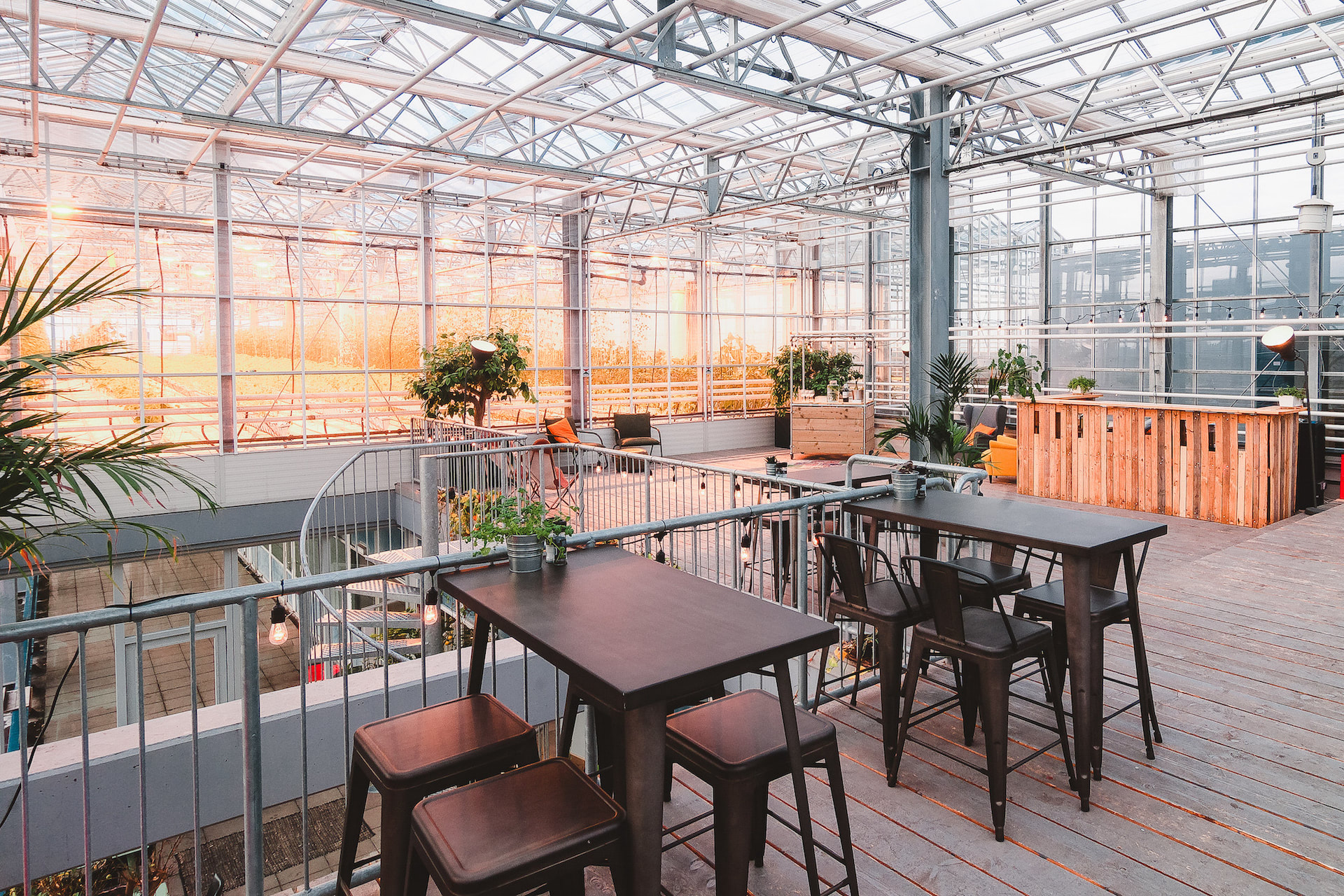 From factory to innovation hub

After the realisation of Urban Farmers in 2016, the unoccupied building below started to attract all sorts of innovative food start-ups, transforming the vacant space into a food innovation hub. Indeed, the concept of rooftop farming has exciting implications for the futures of cities across the globe.

Urban farms can greatly increase a city’s productive capacity by making use of normally underused roofs. The Urban Farmers’ greenhouse is also an example of cities reconnecting with food. They can bring food production and processing back into the urban realm and closer to its citizens. What’s more, beautiful greenhouses will enrich roofscapes everywhere. 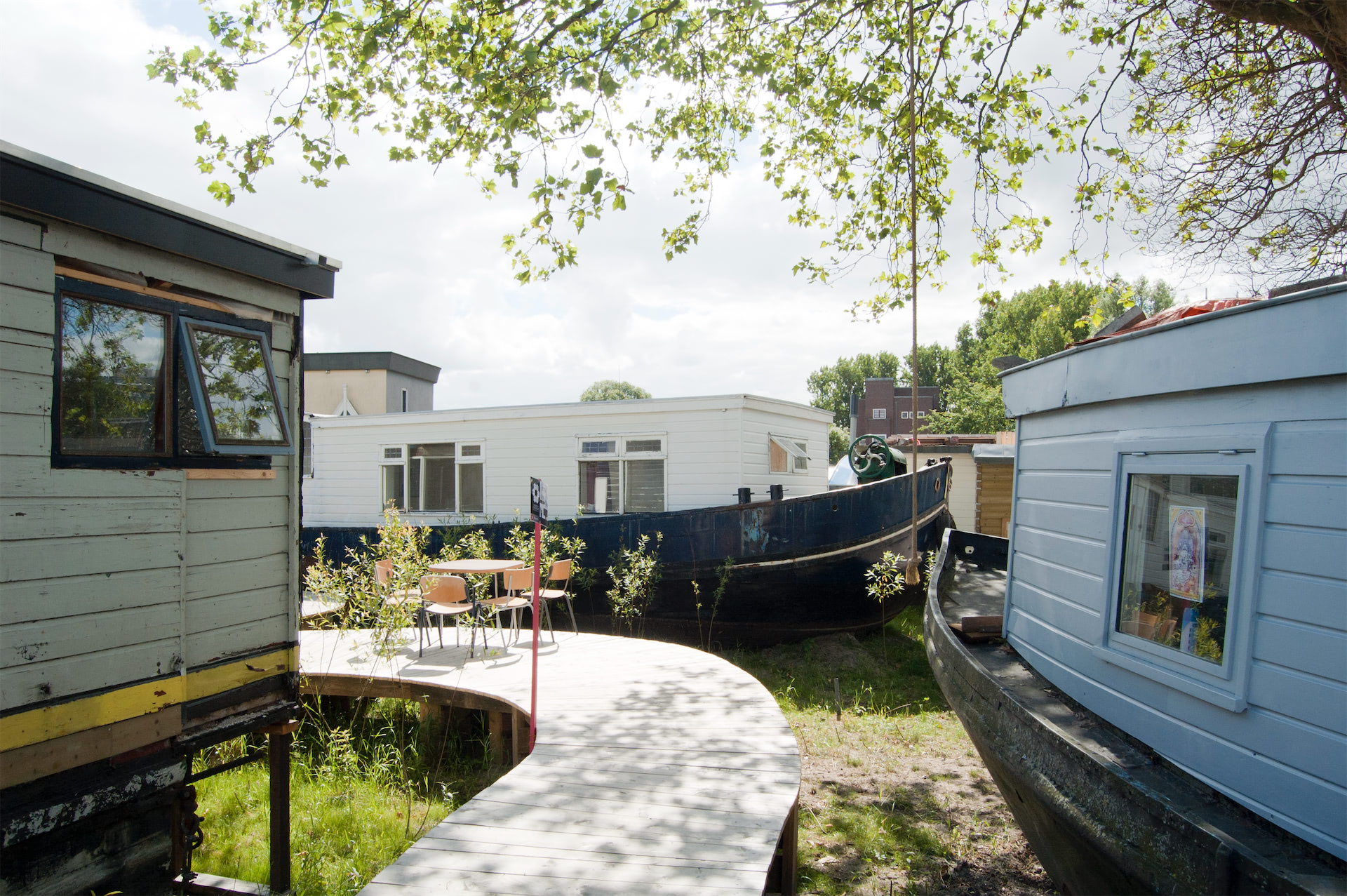 De Ceuvel
A playground for innovation 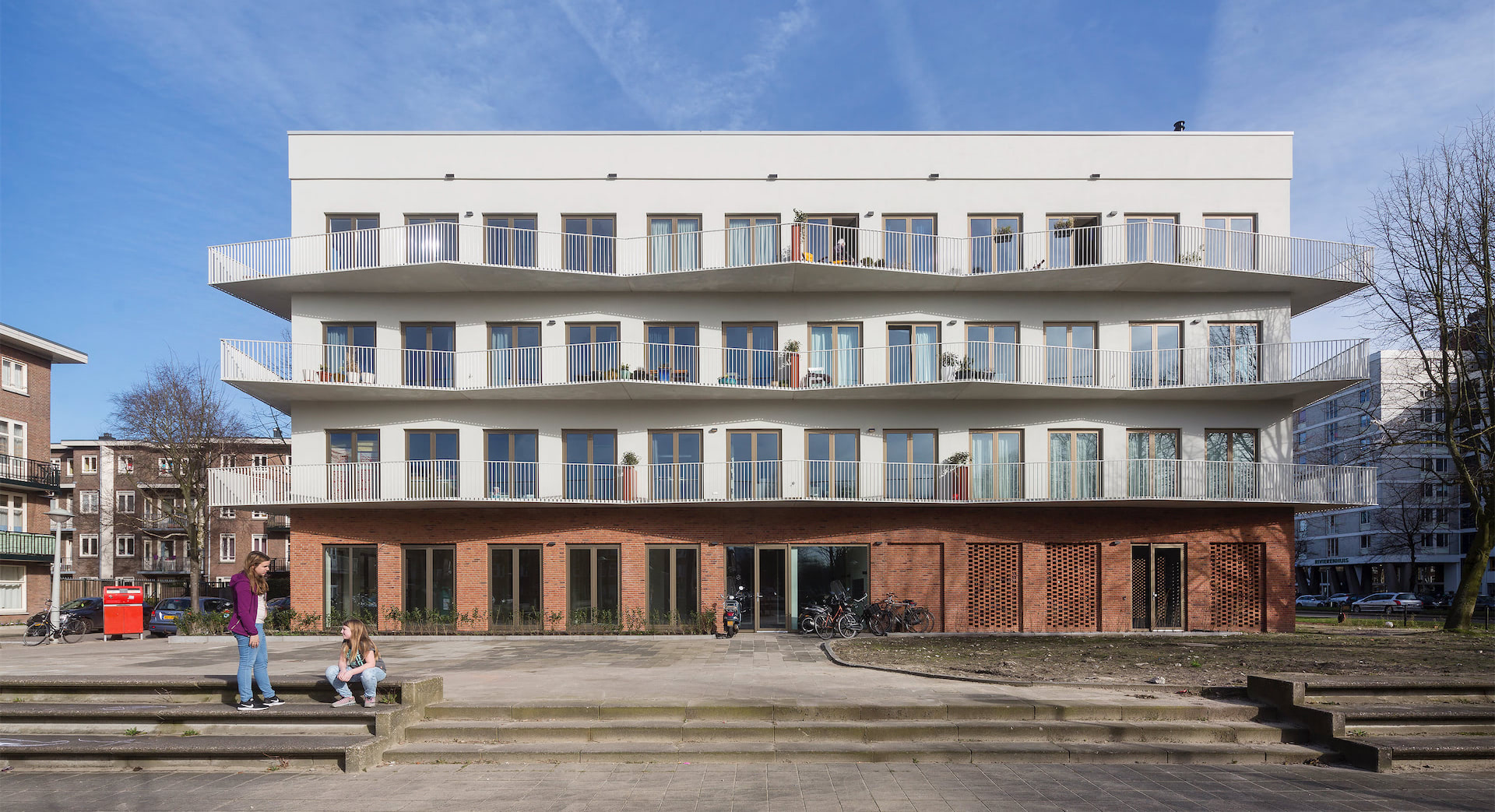 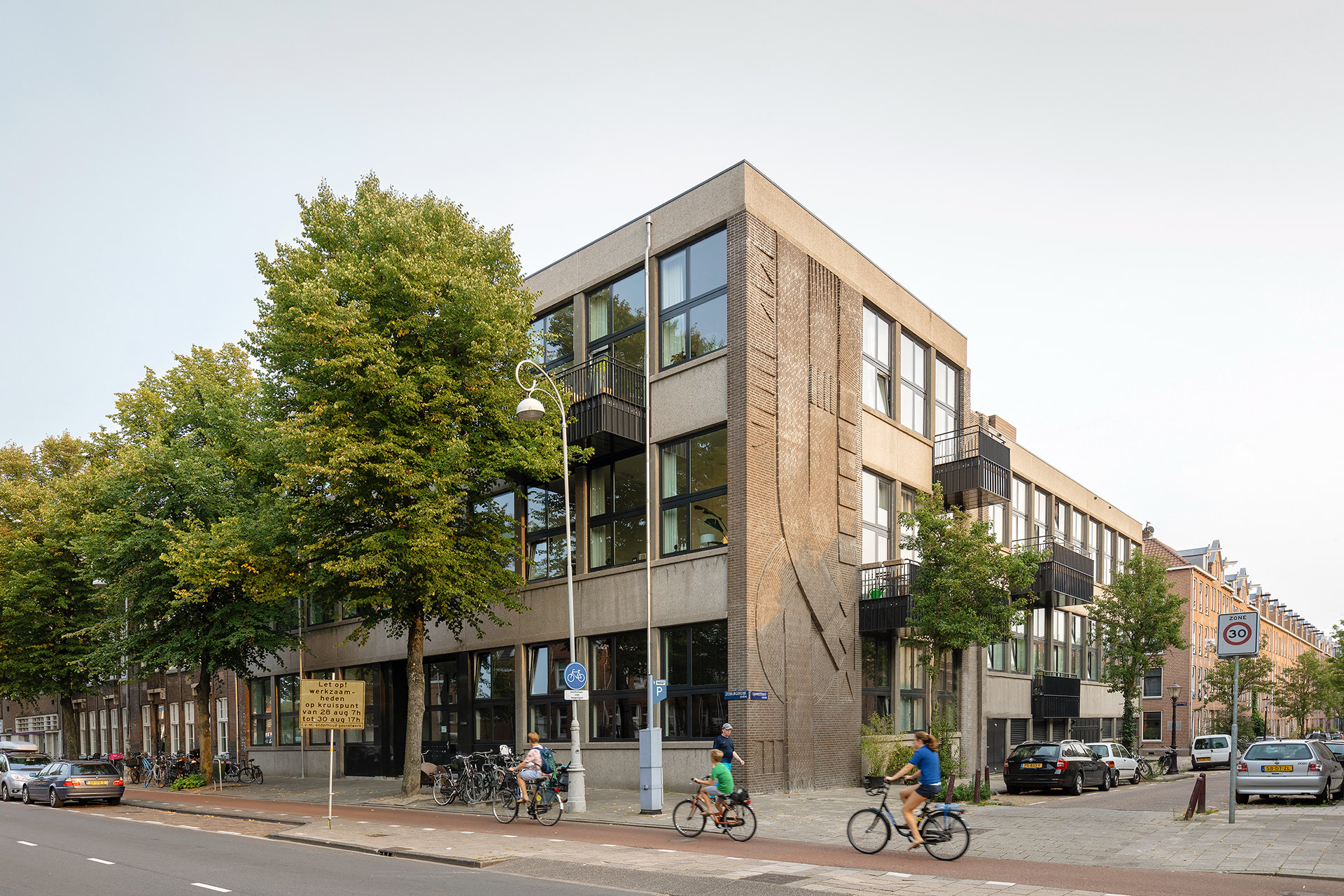 ZEE Smartlofts
Honouring the old while celebrating the new